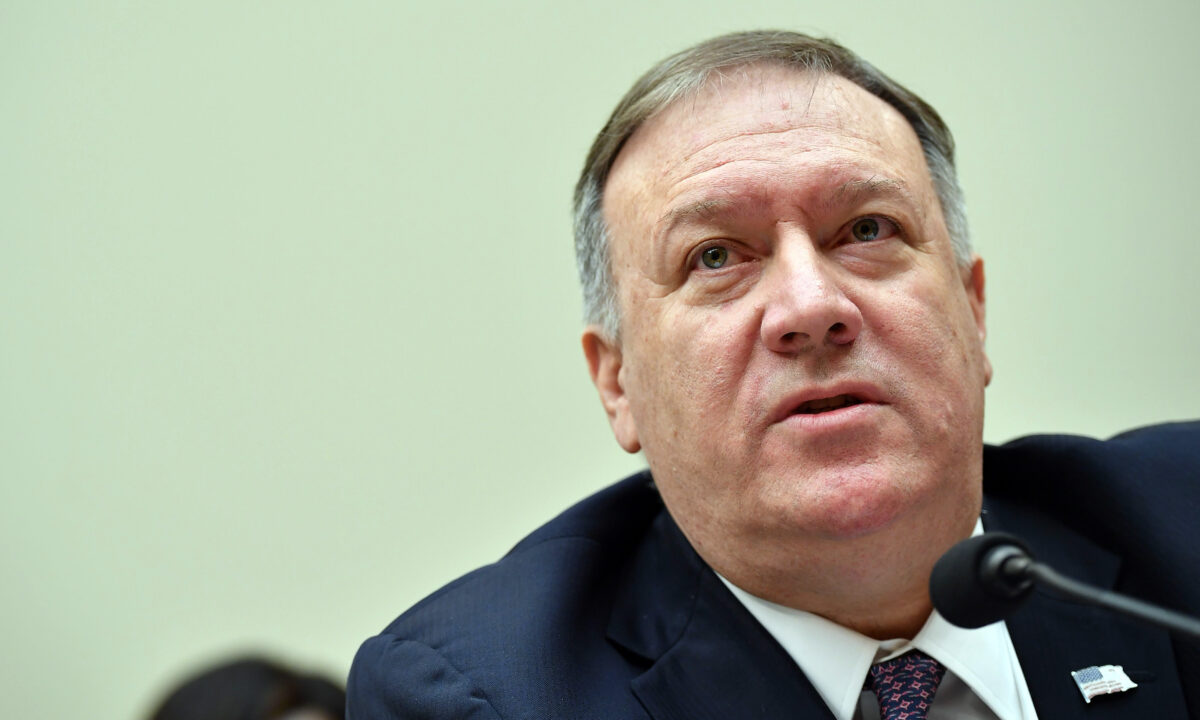 KABUL, Afghanistan—U.S. Secretary of State Mike Pompeo left Afghanistan on March 23 without saying whether he was able to broker an agreement between the countrys squabbling political leaders.

Pompeo was in Kabul on an urgent visit to try to move forward a U.S. peace deal signed in February with the Taliban. Hed traveled thousands of miles amid a near-global travel shutdown because of the coronavirus pandemic, at a time when world leaders and statesmen are curtailing official travel.

But as his plane took off from Kabul, there was still no announcement on whether hed worked out a solution to Afghanistans political impasse between Afghan President Ashraf Ghani and his main rival, Abdullah Abdullah. There were reports in the Afghan capital that Pompeo had given Ghani and Abdullah until the following day to come up with a compromise, but there was no indication either side had offered to step aside.

Since the U.S.–Taliban deal was signed, the peace process has stalled amid political turmoil, as Ghani and Abdullah remained deadlocked over who was elected president in the September 2019 presidential polls. They both declared themselves the winner in dueling inauguration ceremonies earlier this month.

Pompeo met separately with Ghani and then Abdullah on March 23 before meeting together with both Afghan leaders. His schedule also had Ghani and Abdullah coming together for a one-on-one meeting, presumably to discuss a possible compromise.

The United States pays billions every year toward the Afghan budget, including the countrys defense forces. Afghanistan barely raises a quarter of the revenue it needs to run the country, giving Pompeo considerable financial leverage to force the two squabbling leaders to overcome the impasse.

The political turmoil has put on hold the start of intra-Afghan peace talks that would include the Taliban. Those talks are seen as a critical next step in the peace deal, negotiated to allow the United States to bring home its troops and give Afghans the best chance at peace.

“We are in a crisis,” a State Department official told reporters accompanying Pompeo. “The fear is that unless this crisis gets resolved and resolved soon, that could affect the peace process, which was an opportunity for this country that (has) stood in this 40-years-long war. And our agreement with the Talibs could be put at risk.”

The official briefed reporters on condition of anonymity to discuss U.S. concerns.

The United States and NATO have already begun to withdraw some troops from Afghanistan. The final pullout of U.S. forces isnt dependent on the success of intra-Afghan negotiations but rather on promises made by the Taliban to deny space in Afghanistan to other terror groups, such as the insurgents rival Islamic State group.

But within days of the United States and the Taliban signing the peace deal in Qatar on Feb. 29, Afghanistan sunk into a political crisis with Ghani and Abdullah squaring off over election results and Ghani refusing to fulfill his part of a promise made in the U.S.-Taliban deal to free up to 5,000 Taliban prisoners. The insurgents were for their part to free 1,000 Afghan officials and soldiers they hold captive. The exchange was meant to be a goodwill gesture by both sides to start the negotiations.

Washingtons peace envoy Zalmay Khalilzad, who has been trying to jump-start talks between Afghans on both sides of the conflict—the next critical step in the U.S.–Taliban deal—tweeted early March 23 that the two sides are talking about the prisoner exchange.

Surprisingly, Khalilzad was not in attendance at Pompeos meetings with Ghani or Abdullah, but is in the Afghan capital.Read More – Source

On the Edge: de Young plans juried show for artists this summer in San Francisco
March 31, 2020

On the Edge: de Young plans juried show for artists this summer in San Francisco

Zoom Lets You Customize a Virtual Background For Video Chats, So This Should Be Good
March 31, 2020

Zoom Lets You Customize a Virtual Background For Video Chats, So This Should Be Good

US man teaching dog how to drive arrested after high-speed chase
March 31, 2020