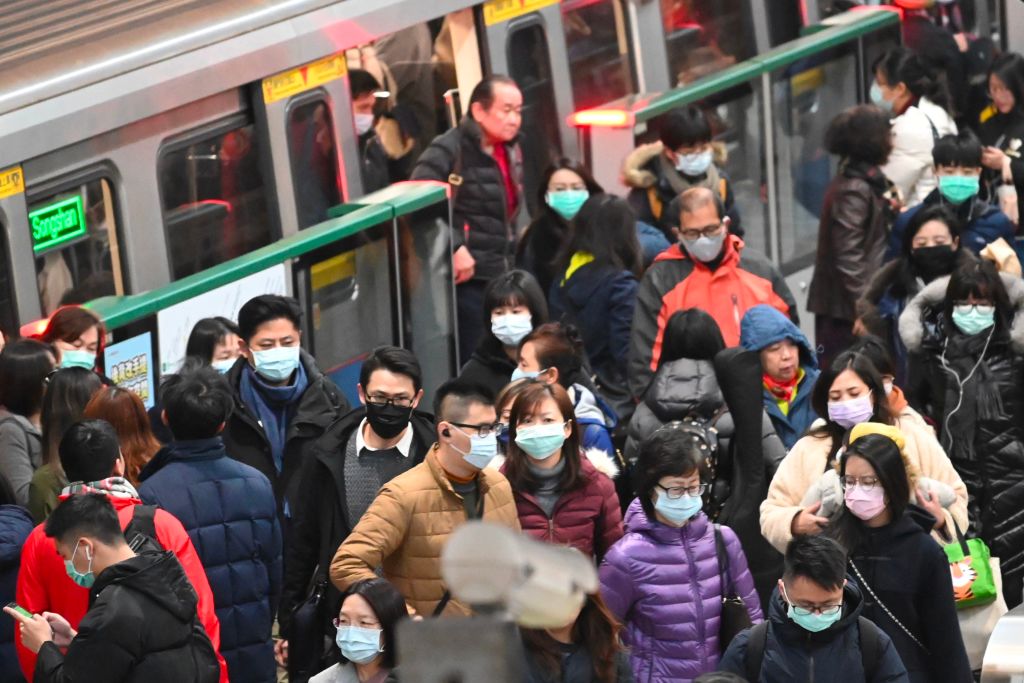 TAIPEI, Taiwan—Local officials continued to fight for participation in the World Health Organization (WHO) as countries around the world seek to contain the spread of the novel coronavirus.

Michael Ryan, executive director of the WHO Health Emergencies Program, took a reporters question about whether Taiwan could attend an upcoming WHO forum scheduled for Feb. 11 and 12 in Geneva.

“We will have Taiwanese colleagues online,” along with experts from the rest of China, Ryan said during a press conference at the agencys headquarters on Feb. 10.

Taiwanese experts would be allowed to take part remotely but would not represent Taiwan.

Ryan did not elaborate on whether anyone from Taiwan had been invited to attend the forum in person. He said WHO has continued to engage Taiwanese colleagues during efforts to combat the virus.

Taiwan has continually sought to become a WHO member. But Beijing, which views Taiwan as a renegade province that is part of its territory, has sought to diminish the islands sovereignty by blocking it from joining international organizations such as the WHO.

From 2009 to 2016, Taiwans health ministers took part in the World Health Assembly (WHA), the decision-making body of the WHO, as observers. Since 2017, Taiwan has been barred by China from taking part in the assembly and its meetings.

According to the WHO website, the upcoming forum, organized with the international alliance Global Research Collaboration for Infectious Disease Preparedness (GloPID-R), will bring together scientists, public health agencies, ministries of health, and research funders, in response to the coronavirus (2019-nCoV) outbreak.

Taiwan currently has 18 confirmed cases of coronavirus, and has been excluded from taking part in recent meetings about the outbreak held by the WHO Emergency Committee.

Taiwan President Tsai Ing-wen has previously called out the Chinese regime for reporting incorrect information to the WHO about the viruss spread on the island.

In response to the invitation, Tsai said on Monday that “online participation” was just a first step.

“We will continue working to achieve substantive participation,” Tsai said.

I want to thank our allies & like-minded friends from around the world for courageously speaking up for the necessity of #Taiwans participation in the @WHO. Disease knows no borders, & we must be able to freely share information to stop the spread of #2019nCoV. pic.twitter.com/dU3n1cX3nH

Chuang Jen-hsiang, deputy director-general of Taiwans Centers for Disease Control (CDC), said on Monday that Taiwan has sent a list to WHO of local experts to take part in the forum, pending its review. They will take part under the name “Taipei,” according to local media.

Chuang added that Taiwanese diplomats were working to have these experts attend the forum in person.

Chou Jih-haw, director-general of Taiwans CDC, said that it would be better for local experts to go in person, since they would be able to interact with other experts around the world.

Many countries, including the United States, European Union, Japan, Australia, Paraguay, and Guatemala, have all recently voiced support for Taiwans participation in the WHO.

I want to thank the representatives from _

6 Lifestyle Changes Thatll Boost Your Brain Power, According to a Neurologist
February 17, 2020

6 Lifestyle Changes Thatll Boost Your Brain Power, According to a Neurologist

Looking for an A-List Beauty Upgrade? Piercer and Luxury Jewelry Designer, Maria Tash Has Some Advice for You
February 17, 2020

Looking for an A-List Beauty Upgrade? Piercer and Luxury Jewelry Designer, Maria Tash Has Some Advice for You

Australia should ease travel ban on foreigners from China: Ambassador