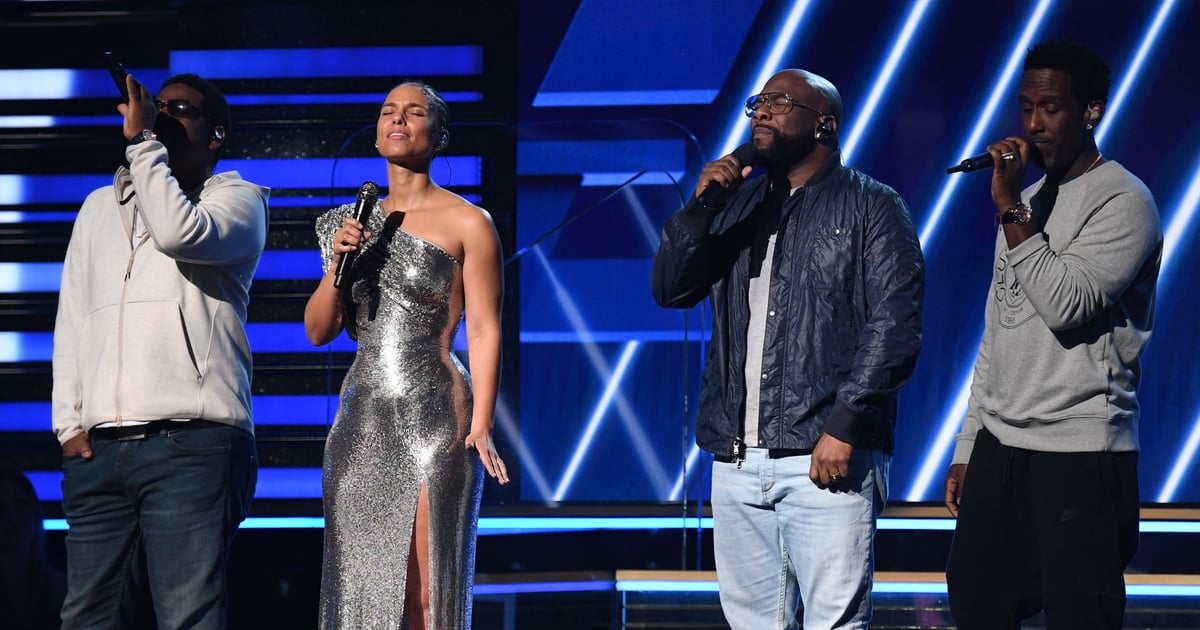 Sunday's Grammy Awards was the biggest night in music, but it was also a night to pay tribute to some icons and legends. Following the death of Kobe Bryant earlier in the day, the Recording Academy announced a desire to include a special memorial for the recently retired Los Angeles Lakers superstar, in additional to the planned tribute for rapper Nipsey Hussle.

After a rousing performance from Lizzo, host Alicia Keys opened the ceremony with a few words on the late ball player and his daughter. "Earlier today, Los Angeles, America, and the whole wide world lost a hero," she began. "We're literally standing here, heartbroken, in the house that Kobe Bryant built." The singer went on to ask the audience to hold Bryant, his daughter, and everyone else lost in the crash "inside of you" and to share their strength with their families. Keys than sang a stirring acoustic rendition of Boyz II Men's "It's So Hard to Say Goodbye to Yesterday," joined by the members of the band onstage, which ended with the camera panning to both of Bryant's retired jersey numbers illuminated in the Staples Center rafters.

Bryant is known worldwide for his NBA career, including winning five championships with the Los Angeles Lakers and being an 18-time NBA All-Star. The former player was traveling in his private helicopter with eight other peopRead More – Source ‘You have the right to culture with a capital C’: Africa’s growing collecting class shifts focus to home
February 19, 2020

‘You have the right to culture with a capital C’: Africa’s growing collecting class shifts focus to home