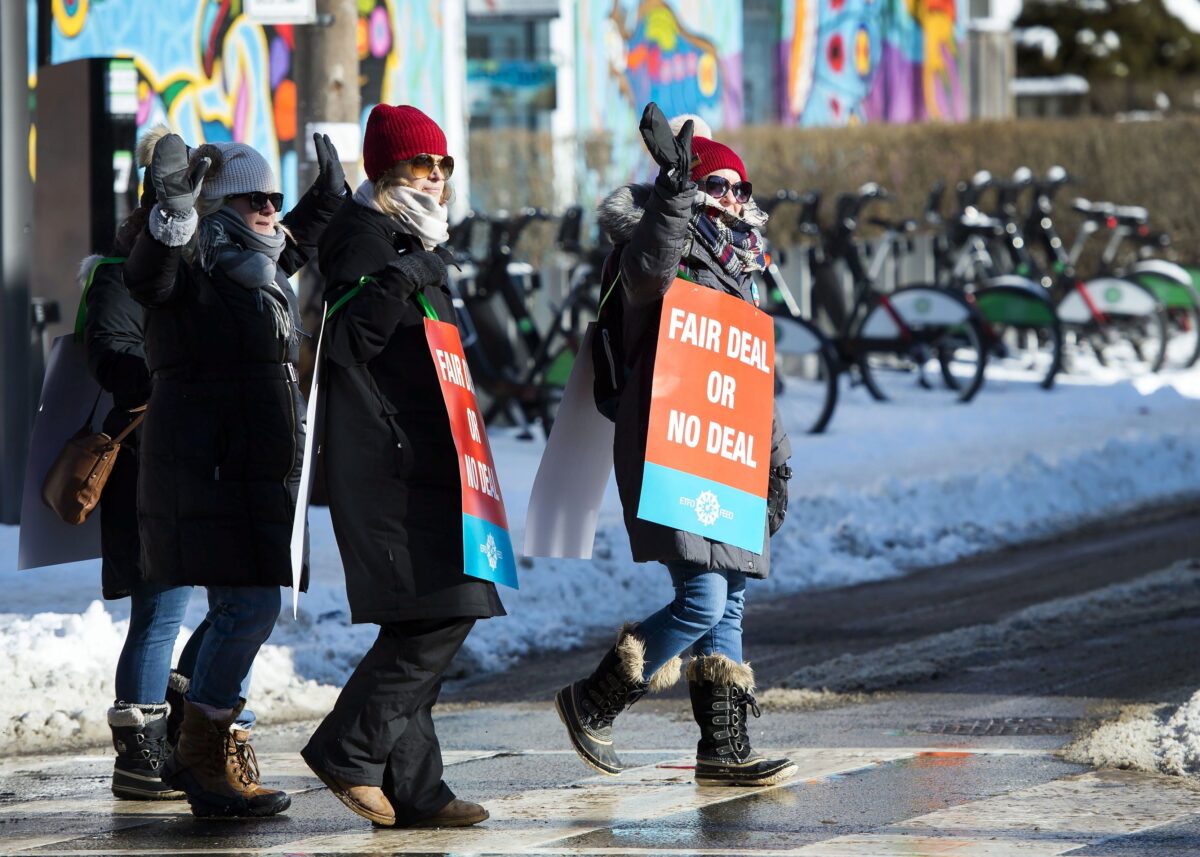 “A plague o both your houses!” With these words, Mercutio, a character in Shakespeares “Romeo and Juliet,” expressed contempt for the warring Capulet and Montague families. Mercutio blamed both families equally and had no desire to take sides.

Tragically, the Capulet and Montague feud claimed many lives—first Mercutios, then Romeos, and finally Juliets. Sadly, irrational conflicts are not relegated to works of fiction. Right now, Ontario parents and students are trapped in a feud between two warring factions, the provincial government and the teachers unions, who apparently despise each other as much as the Capulets and the Montagues did.

The impact is significant. Not only have teachers across the province engaged in a series of one-day strikes, but standardized tests have been cancelled, report cards delayed, and extracurricular activities put on hold. The government and unions are locked in a battle over wages, with the government offering one percent annual increases and unions insisting on increases that match the rate of inflation, approximately two percent.

However, while wages are always important in any labour negotiation, they are not the heart of the matter in this dispute. Instead, the real points of contention revolve around two separate issues—mandatory e-learning and class sizes. It is here that both sides have, in fact, taken unrealistic positions.

Despite overwhelming disapproval from parents, students, and teachers, the government stubbornly insists on mandatory e-learning for all high school students. While the government originally planned to require four e-learning courses, it later lowered this number to two courses. However, thats still two too many.

There is absolutely no evidence that mandatory e-learning improves student achievement. In a tacit admission of this fact, the government hasnt even tried to produce any evidence for its position. Only a handful of U.S. states make even a single e-learning course mandatory for high school students and none of these states are high achievers on international tests. In a recent CBC interview, Ontario education minister Stephen Lecce tried to argue that e-learning will help students better adapt to the demands of the workforce, but he couldnt provide any evidence to support his claim.

Even more concerning, the Toronto Star obtained a confidential government document revealing that the government viewed e-learning as an opportunity to sell courses to other jurisdictions at a profit. The government even floated the idea of allowing high school students to complete their entire program online. Of course, anyone who knows anything about high school students knows that they benefit far more from face-to-face interaction than from any impersonal online course.

Thus, if this labour dispute was entirely about e-learning, we would need to side with the teachers unions. However, just as the government is wrong on e-learning, the unions are wrong in their refusal to consider class size increases.

There is no question that the Ford government inherited an economic mess from the previous government. At nearly $19,000 per person, Ontario has the second highest per capita debt in Canada. Only Newfoundland and Labrador is in worse shape. Some spending reductions need to take place in order to bring the budget back to balance.

Next to health care, education is the provincial governments largest expenditure and teacher salaries make up the largest component. Class size limits are also lower in Ontario than in most other provinces. Increasing class sizes by two or three students has the potential to save the government hundreds of millions of dollars per year. In addition, research is clear that limiting class sizes is a huge expenditure for only a modest benefit.

But teachers unions are dead set against any class sizes increases and it isnt hard to see why. Not only are class size limits popular with rank-and-file teachers, smaller classes mean more teachers and higher union dues for unions. Obviously, unions arent going to support a reduction in the total number of union members. That would go against their self-interest.

However, if teachers unions want to protect frontline teachers from unreasonable class size increases, they should ask school boards to cut the number of non-teaching positions. School boards employ a great number of consultants in areas such as math, literacy, diversity education, and assessment. Whether styled as consultants, learning coaches, or support teachers,Read More – Source