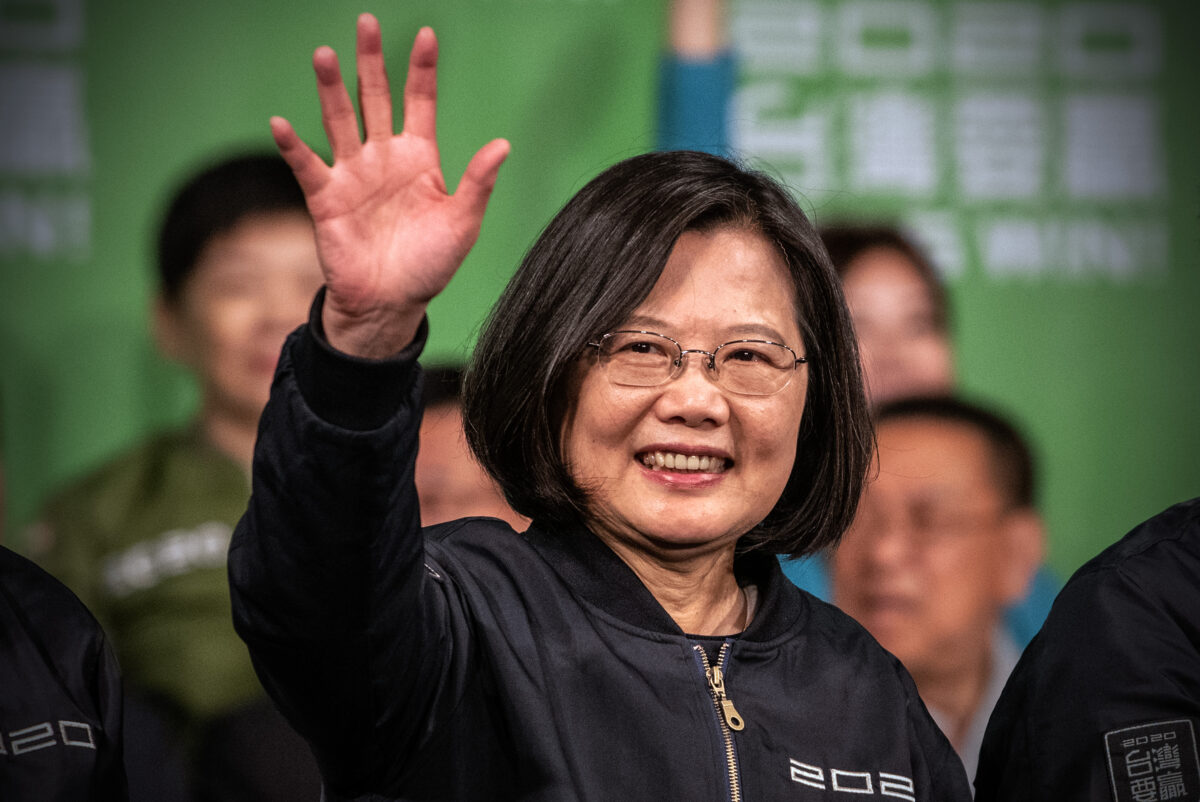 Randall Schriver, who was the U.S. assistant secretary of defense for Indo-Pacific security affairs until last month, spoke Jan. 16 at the University of Notre Dames Keough School of Global Affairs on “Beyond the Ballot: Taiwans Elections and Their Implications for U.S. Policy.”

On Jan. 11, Taiwan reelected President Tsai Ing-wen, who received 57 percent of the vote; thats the highest vote share for a Democratic Progressive Party (DPP) candidate in a presidential election. Election turnout was 75 percent, the highest for nationwide elections in 12 years.

Tsai, after losing in 2018 local elections in Taiwan, was able to successfully characterize the ongoing protests in Hong Kong as an augur of what could happen to Taiwan if it accepted the “one country, two systems” formula offered by Beijing.

Taiwans example stands very much in contrast to the solution that Beijing would have it take, however. As Schriver noted, Taiwan is “a young democracy.”

“Democracy is not an end point, its an experiment that sends important messages to the region.”

Chief among those regional targets is the Peoples Republic of China.

“The people of China pay attention. Surely, there are people there who ask why they dont have the same rights. Someday, it might happen, and we hope for it in China.”

They would have been inspired by Taiwan, Schriver added.

Schriver says this election likely will spark no change from China in its “trajectory or tactics toward Taiwan.”

“They dont show signs of having a broad toolkit or being very nuanced. Stripping diplomatic allies from Taiwan and sailing through the Taiwan Strait” may be the extent of Beijings powers of persuasion, he said.

Schriver knows Tsai “pretty well; shes pragmatic, and talks about a constitutional environment.” Unsurprisingly, “Beijing is not receptive to what she says.”

On the American side, the 2018 U.S. National Defense Strategy commits to a “free and open Indo-Pacific region,” also known as FOIP. Thats “not an anti-China policy, and it is not directed at any one country,” Schriver said.

The Defense Department document elaborates on the concept.

“We will strengthen our alliances and partnerships in the Indo-Pacific to a networked security architecture capable of deterring aggression, maintaining stability, and ensuring free access to common domains,” it reads.

FOIP is based on enduring, nearly universal principles, Schriver said. Therefore, the United States finds itself in contrast to China in terms of issues of sovereignty, international law, and norms. Taiwan, however, is a partner in these concepts, he said.

“There is a sense of urgency to look after their defense needs,” he said, referring to Taiwan. “We look for Taiwan to preserve their status, and to deal with their de facto independence.”

To that purpose, Schriver points to Adm. Lee His-ming, Taiwans chief of the general staff, who in 2017, “quietly proposed a revolutionary new approach to Taiwans defense … called the Overall Defense Concept.”

It employs an asymmetric defense strategy that maximizes its defensive advantages, while targeting an invading force when it is at its weakest, Drew Thompson writes in “War on the Rocks.”

The concept “makes a lot of sense,” Schriver said. It incorporates capabilities that would make Taiwan safe from an amphibious attack.

Taiwan is moving in that direction, and the United States is doing things to support that. But, said Schriver, “we need Taiwan to have a sense of urgency and make investments.”

Schriver noted that the United States is “engaged in a step-up effort itself,” referring to planned U.S. Army and Navy enhancements of capability in the Indo-Pacific Command.

“Taiwan is a very, very hard target, and there are 80 miles of water between it and the Chinese mainland,” although theres still a lot of pessimism about Taiwans ability to defend itself.

There are other ways in which Taiwan can be a partner, Schriver said.