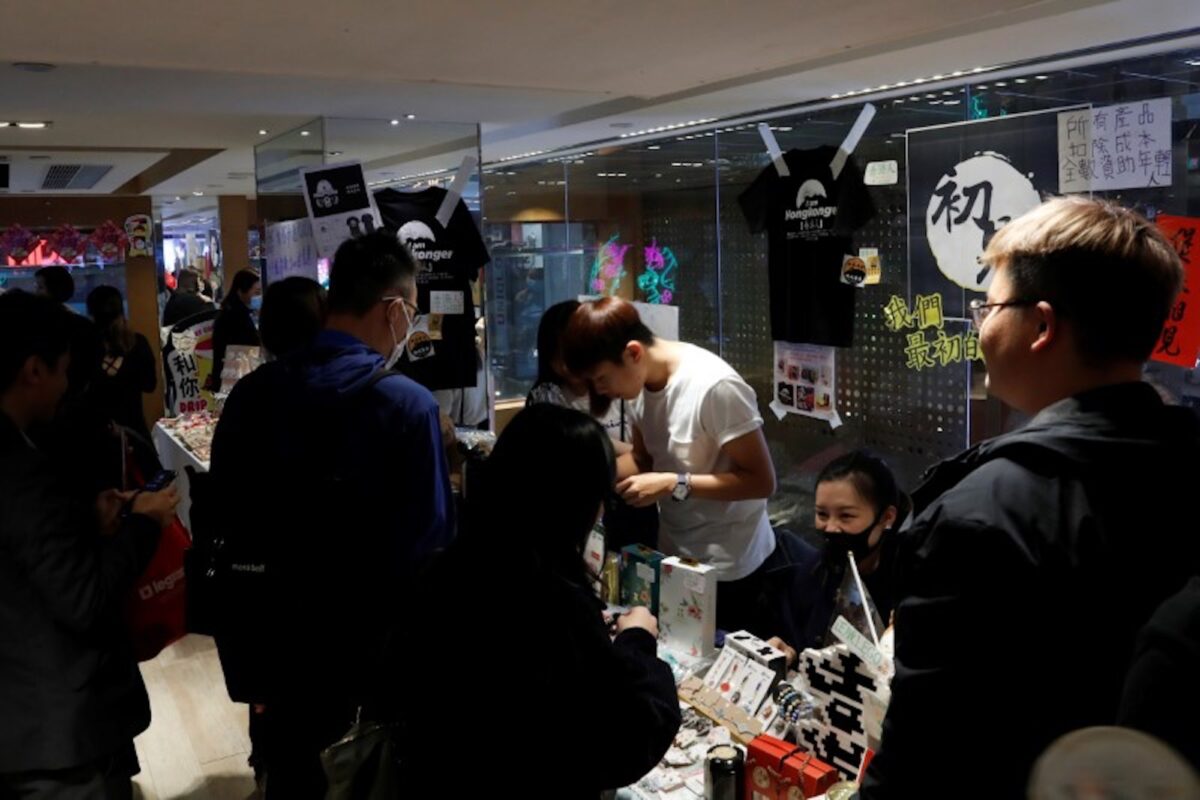 The protests, sparked by a now-withdrawn extradition bill that would have allowed extraditions to mainland China, have persisted in Hong Kong for more than seven months and the long queues at the fairs showed they retain broad popular support.

At one market in the prime Causeway Bay shopping district there was a shooting gallery, where visitors could fire foam pellets at cut-out images of Hong Kongs unpopular pro-Beijing leader, Carrie Lam, and Chinese leader Xi Jinping.

“I need to vent,” said Lu Koo, a 28-year-old hotel employee, said. “Government officials have their heads in the clouds.”

At another stall, Amelie Li, a 32-year-old human resources specialist, and her mother tossed rings over beer bottles arranged in the shape of a protest slogan.

Lis favorite purchase of the day was a keychain made of concrete that read “Liberate Hong Kong.”

“I will carry this every day because we hope this will come true,” Li said as she left the market laden with shopping bags.

This year, the government banned the selling of dry goods at officially-sanctioned seasonal markets and slashed the number of stalls by one third, citing safety concerns.

The measures prompted activists to find new venues across the city to set up protest-themed stalls, with many vendors donating proceeds to organizations supporting the movement.

Cheung Chun-kit, who owns the Lung Mun Café popular with protesters, set up a market on the 10th floor of an industrial building on the Kowloon peninsula.

“Fai chun” red banners, usually hung in doorways for good luck in the new year, drew the longest queues. These carried protest slogans instead of traditional blessings of health and prosperity.

Other items on sale included protest-themed T-shirts, key chains, and small, 3D-printed figurines of “Lady Liberty”—a white statue that has become a symbol of the protests—all made in a nearby building by dozens of students.

Cheung said he organized the workshops and fair to help students develop new skills and earn some money, as some of them have lost the financial support of their parents, who oppose their protest actions.