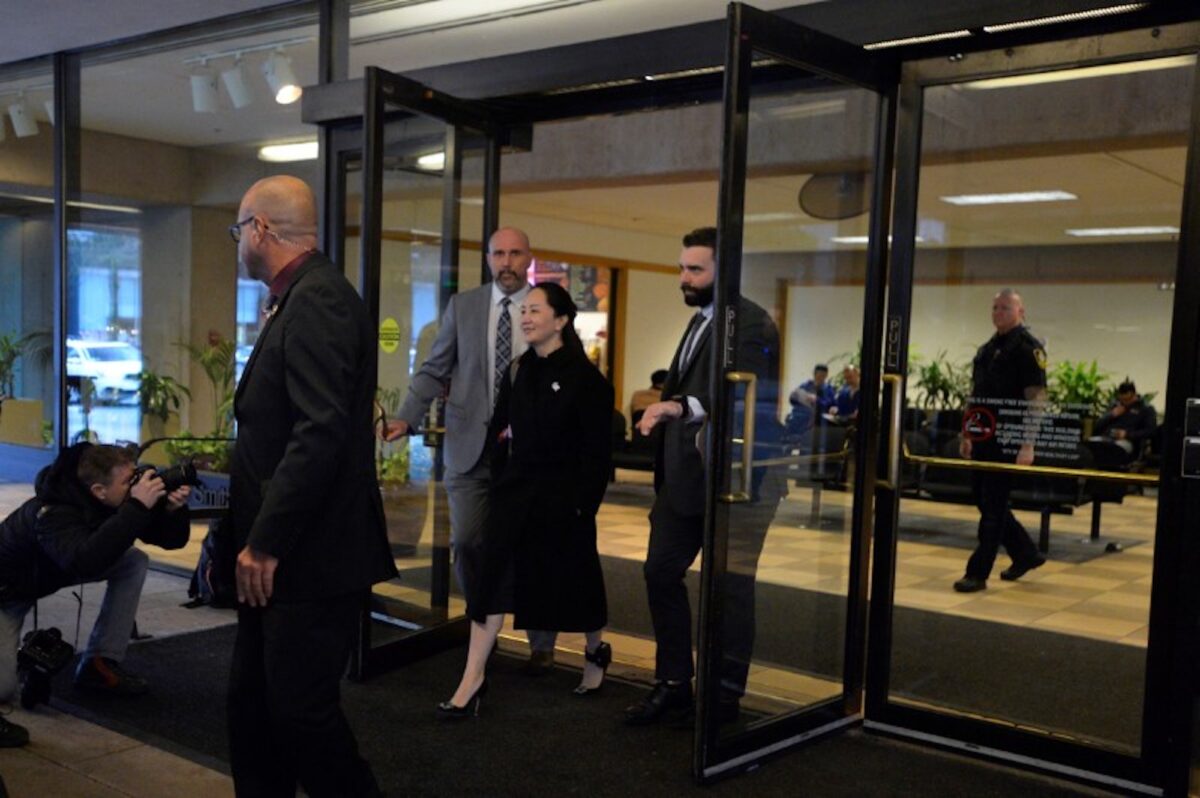 VANCOUVER—Canadian prosecutors are expected to defend on Jan. 22 their case to extradite Huawei Chief Financial Officer Meng Wanzhou to the United States saying Meng was arrested on charges of bank fraud, which is a crime in both countries, and not because of U.S. sanctions against Iran as argued by the defense.

Mengs legal team continued its defense during the first phase of the extradition hearing on Tuesday, with lawyers arguing for a second straight day that “double criminality” is at the heart of the U.S. extradition request.

When ending its arguments on Tuesday, the defense told the judge that the case is “unique” because “the risk of economic deprivation arises solely from the operation of a foreign criminal law for which no corresponding Canadian … law exists.”

As Mengs formal extradition hearing started this week, China repeated its call for Canada to release her.

The United States has charged Meng with bank fraud, and accused her of misleading HSBC Holdings Plc about Huawei Technologies Co. Ltd.s business in Iran.

“The essence of the Applicants conduct is fraud on a bank: the Applicant is alleged to have made several misrepresentations to a bank to secure financial services,” submissions made by the Canadian government earlier this month showed.

Court proceedings show the United States issued the arrest warrant, which Canada acted on in December 2018, because it believes Meng covered up attempts by Huawei-linked companies to sell equipment to Iran, breaking U.S. sanctions against the country.

Meng, the daughter of Huaweis billionaire founder Ren Zhengfei, remains free on bail in Canada, and has been living in a mansion in Vancouvers exclusive Shaughnessy neighborhood.

She has said she is innocent and is fighting extradition in part because her alleged conduct was not illegal in Canada, an argument known legally as “double criminality.”

Unlike the United States, Canada did not have sanctions against Iran at the time Canadian officials authorized commencing with the extradition, her lawyers have said.

“The fact that Canada may have a different sanctions against Iran than the U.S. should not distract the court from the necessary inquiry into the essence of the conduct for double criminality purposes. Deceit and risk of loss are at the heart of the conduct,” the submissions added.